The parish church of Bullas, the Iglesia de Nuestra Señora del Rosario
The main church of Bullas was built in the 18th and 19th centuries The parish church of Bullas dominates the Plaza de España in the centre of the town, and has been one of the most recognizable landmarks in the municipality ever since its construction. It was awarded the status of National Monument in 1982 and is one of the most recognisable buildings in the municipality. The building of the church was started in the final years of the.. Plaza Vieja in Bullas, officially named Plaza del Teniente Flomesta Moya
The name of the square comes from a Bullas-born Rif War hero One of the most popular squares in Bullas is far from being the largest, but has its own character and plenty of establishments which make it one of the most picturesque and interesting parts of the town to visit.  This is the Plaza del Teniente Flomesta Moya, which is unofficially known as the “Plaza Vieja” (the old square), reflecting the fact that it was replaced as the.. The Salto del Usero in Bullas
The Bullas waterfall and rock pools offer an inland bathing alternative in the north-west of the Murcia Region The Salto del Usero is one of the most widely enjoyed natural beauty spots in the Region of Murcia, and during the summer is used as an inland beach by many of those who live in the municipality of Bullas and the surrounding area.  The Salto is a spot just outside the town of Bullas where the cold water of the natural springs which.. Torre del Reloj the clock tower of Bullas
The tower was built to regulate irrigation times in the farmland around Bullas Visitors viewing the town of Bullas in the north-west of the Region of Murcia will see two distinct towers in the skyline, and although at first sight this may appear to indicate two churches, one of these is in fact a clock tower, the Torre del Reloj. The imposing clock tower which stands at one of the highest points of the town of Bullas was built in 1900, after.. The Plaza de España, the main square in the centre of Bullas
The Plaza de España in Bullas has changed its name frequently over the last 200 years The Plaza de España is one of the focal points of activity in the wine-making municipality of Bullas in the north-west of the Region of Murcia, and is home to various of the most important and impressive buildings in the town. These include the Town Hall, the parish church dedicated to Nuestra Señora del Rosario and the palatial Casa de los Melgares.. Bullas wine route: The Casa-Museo Don Pepe Marsilla
A step back in time on the Ruta del Vino to Bullas around the year 1900 The Casa-Museo Don Pepe Marsilla in Bullas occupies a house which was originally built in the year 1723, but was remodeled in the late 19th century by one of the town’s most illustrious and forward-thinking residents, who did a great deal to drag local wine-making and other aspects of daily life into the 20th century. José Marsilla Melgares de Aguilar (1854-1930).. The Casa de los Melgares, home to the Casa de Cultura in Bullas
The palace of the Melgares family in Bullas was built in 1925 The Casa de los Melgares is a striking palatial home which was built on the northern side of the main square of Bullas, now known as the Plaza de España, in 1925, and such is its size and its appearance that it competes for dominance of the square with the parish church of Nuestra Señora del Rosario. The palace was built on a site which was previously occupied by an inn on the.. Museo del Vino, the wine museum of Bullas
The history of Bullas is inextricably linked with wine production Grapes and wine are an intrinsic part of the history, economy and entire way of life of the town of Bullas in the north-west of the Region of Murcia, to the extent where it is very difficult to talk about Bullas without mentioning wine and very difficult to talk about wine in Murcia without mentioning Bullas.  One of the fruits of this relationship between the town and its.. 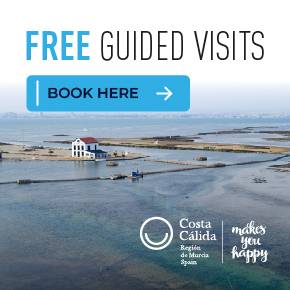